You are here: Home / Career

“Love has always been the engine that made me keep on researching to communicate.” 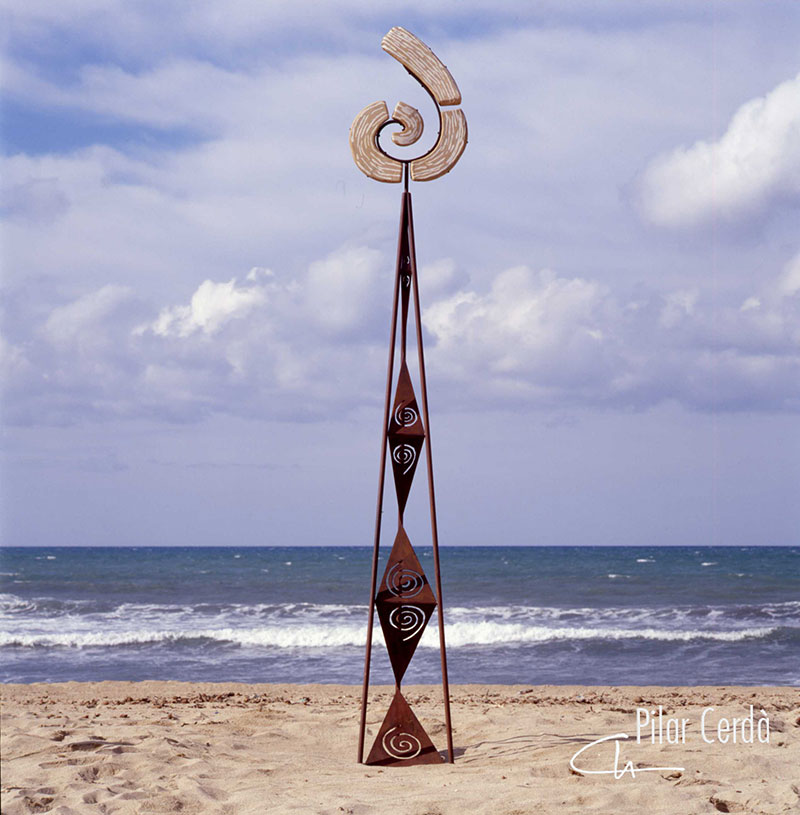 ART AND LIFE
The Art and my Life are inseparable.
Art is a basic, essential language for my existence. It allows me to express myself and communicate with others. My life makes sense when I can project my ideas, my feelings and emotions in a plastic way, when I can project my conscious and unconscious world. I express everything I perceive from the world that I live in, the era I live in and the world that surrounds me from the sensorial, cultural, social, historical and political point of view.

Behind the formal reality there is a deeper reality. We reflect a deeper reality than the one we perceive with our eyes, otherwise it would be poor. The artist should discover new worlds. My Art and my travels are deeply related. Not only my physical journeys but my inner journey. The journey of life.

For an artist it is important to create a language of his own. You can absorb many influences along the way but eventually you acquire a style of your own which distinguishes you from the others.

In University I obtained the tools to solve any questions, the methodology to investigate, how to use the bibliography, how the answers of our predecessors can be of use nowadays, how to lay out questions. All of this has helped me to investigate about an idea.

Both theoretical and practical investigations are basic in art. When I project my work, I obviously start with an idea but when I am creating I melt away with the material I am using and I let myself flow. It is interesting to be surprised by the piece I’m working on and reflect the magic, intuitive and unconscious part of life in my work. Reality also has a magical and mysterious sense. Science has helped us understand many things but there are limits to this knowledge and there is where the magical and mysterious side awakens.

The artist with the installation
’28 Llavors d’amor’ 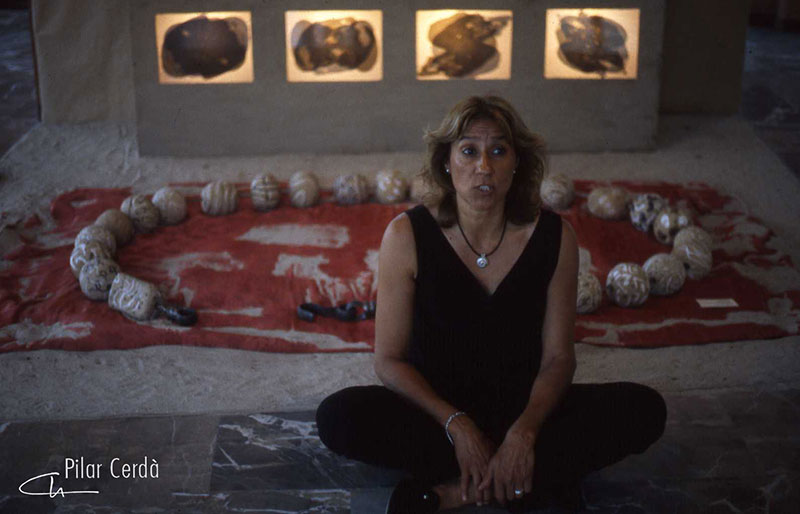 Multi-disciplinary artist; sculptor, potter, painter and engraver who immerses herself in conceptual installations which are largely related to movements of political and social support, the preservation of the ecosystem and the human dimension.

She is graduate of Art History  in the University of the Balearic Islands and has studied in the Massana School of Barcelona. She is also graduate in Applied Arts with a degree from the School of Arts and Trades of Palma.

According to the critics, her work is noteworthy due to her individual synthesis of formal, aesthetic and symbolic aspects, inherited from a primitive time, with a historical reference point and the stamp of contemporary industry. Pilar Ribal.

Her works show shapes inherited from nature and the human figure in its conceptual and purest form, which attain an air which is both symbolic and suggestive through a technique which plays with the stylized volumes and shapes of bodies. Her mysterious lyricism induces an action halfway between movement and stasis. Gudi Moragues.

Her artistic training is both constant and continuous, with the permanent investigation of new expressive possibilities.

Madrid, Barcelona, Catalonia, Zaragoza, Sevilla, Greece, Italy, Denmark, Cuba, Korea, Germany. Noteworthy exhibitions: 1986 “The First Cultural Biennale from Mallorca to Rhodes”. Greece; The 1991 International Art Fair of Bologna. Italy; “A Facet of Contemporary Art” in the Hyundai Art Museum Seoul. Korea; 1995 “Mallorca from Miró to today” in the Gammel Holtegaard Museum of Sollerod. Denmark; 1997/99 “Instant+instant” The “Sa Nostra” Cultural Centre (Travelling exhibition throughout the Balearic Islands); 1997 “The International Biennale of Contemporary Art” The La Havana/Holguín Museum of Art. Cuba; 1997 Finalist in the 34th International Fine Arts Events of Pollença; 1998 “Art Multiple” The Düsseldorf Art Fair. Germany; 1999 Selected for the localization of a public sculpture in the Park of the “Ciutadella” in Barcelona by Barcelona City Council; 2003 A sculpture selected by the F.A.D. (Organisation for the promotion of Arts and Design) for an exhibition in Japan; 2004 “Tribute to Costa i Llobera”, a travelling exhibition throughout the Balearic Islands and Espai Mallorca, Barcelona; 2008 “Contemporary ceramics in the Balearic Islands”, a travelling exhibition throughout the Balearic Islands and Espai Mallorca, Barcelona; 2008, the creation of a public sculpture in “Sa Riera” Park of Palma, for Palma City Council; 2009 The Bot-Art Travelling Exhibition; 2010, finalist in the International Convocation “Metamorphosis of the book 3.0” held by the F.A.D. Barcelona.

The artist has works on display in various institutions collections and museums. 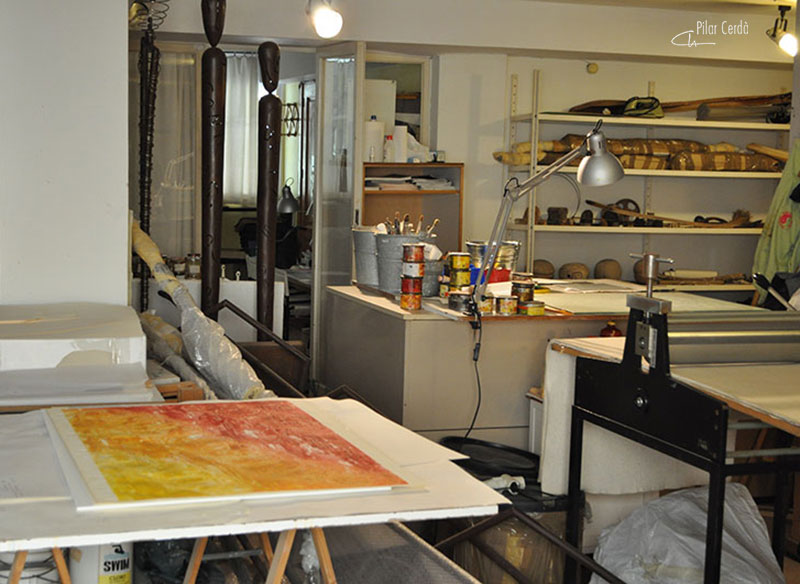